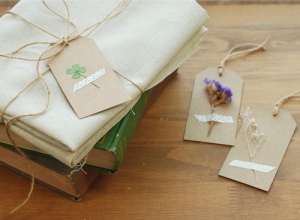 I sit and think sometimes, is it possible that every good and relatable piece of literature has already been written? Is there anything more any of us futile humans can add to it? Good ideas strike me best when I am travelling. Watching people is the most interesting activity in the world.

I am in a car. The world outside is grey, dark grey and blue. I have a memory. It’s the earliest memory I can remember. Let me tell you how it goes.

I was an awkward little girl, holding her mother’s hand and walking to kindergarten. This isn’t a made-up, clichéd story to amuse you. So it is not my first day. It is somewhere down the line. The first few days, you are trying to understand socially acceptable behaviour, learning to memorize alphabets by sounds. The very first formative years of your life. Your very first baby steps into the world of making and faking friendships. For every kindergartener, stationery was important. The fancier your stationery, the cooler your social stats and higher the chances of you doing better in exams. I remember my mother telling me that I should take care of my things. She never said anything about not lending them to my friends. She didn’t warn me about friends who didn’t care to return them.

After seeing my stationery items missing on a regular basis, my over-protective mother started writing my name on things, wherever possible. What she didn’t infuse in me at that point was that I needed to be careful about who I befriend. I needed to guard myself. Because sometimes that’s what people do. They take things. They take and take and don’t return. They persistently say that they owe you but you just can’t bring them around to settle the debt. You get tired and you can’t make them reciprocate. Nor can you make them return those things because I mean, how can you give back someone their own feelings (especially when you don’t have any)?

I know you think this story isn’t going anywhere. But it is a memory, it doesn’t have to go. It stays embedded in a strand of your nerves, ready to alight at the strangest of times. Memories are baffling. They aren’t like stories. You don’t have to follow the fixed storyline. You can alter them. You can ponder and ponder and continue pondering till they stop making sense. Or you can derive something completely new from a memory you thought you barely remembered. That’s what memories are like, you can cherish them, you can despise them, fear and loathe them, you can try to forget, you can also try to relive them. Memories cannot be elucidated in words. That’s the beauty of memories. Whether you want it or not, they are just there.

Although this is my memory, you are free to imagine that I was born with an innate and overwhelming capacity to love and share and give and give selflessly. I will also let you conclude that it was this innate desire to care in which I drowned ever so rapidly. Ugh, I can barely remember that person I used to be. I alienated it and now it’s gone. Hurray!

So my mother soon started questioning me about my absent-minded habits and whether I had kleptomaniacs for friends. Of course, the latter was implied. As over-protective mothers usually are, she wanted me to introduce her to the friends I sat with in class. So she could do something about my constant missing stationery. She even made me carry a really pretty, pink pencil which was sure to catch everyone’s eye. I didn’t know that she had a plan. But then again mothers always do.

As you can now predict, my friend borrowed the pencil. Borrowed it and used it. And quietly kept it on her person. Kept it for so long, I even forgot until I reached home and my mom’s plan unfolded in full fury. She demanded I give her a name. At that moment, I lied. I lied and told her that I lost it. I did not give her my friend’s name. I wouldn’t dare. That’s not what real friends do, right? Even in that tender age I chose to protect my friend. What was I thinking? My friend would never know about my heroic feat. What WAS I thinking?

I have reached my destination. It’s time to put this memory to rest. I alight the car and wonder how different this memory would’ve turned out had it happened 18 years later. Hell, I wouldn’t even think twice to take a name. Friends are never stationary. I was done drinking the fear soup because saying you’re friends is easy. Being friends is not.

Something happened here a while ago

Or take a random pick:

Can’t find what you’re looking for? I’m as lost as you. Search here: